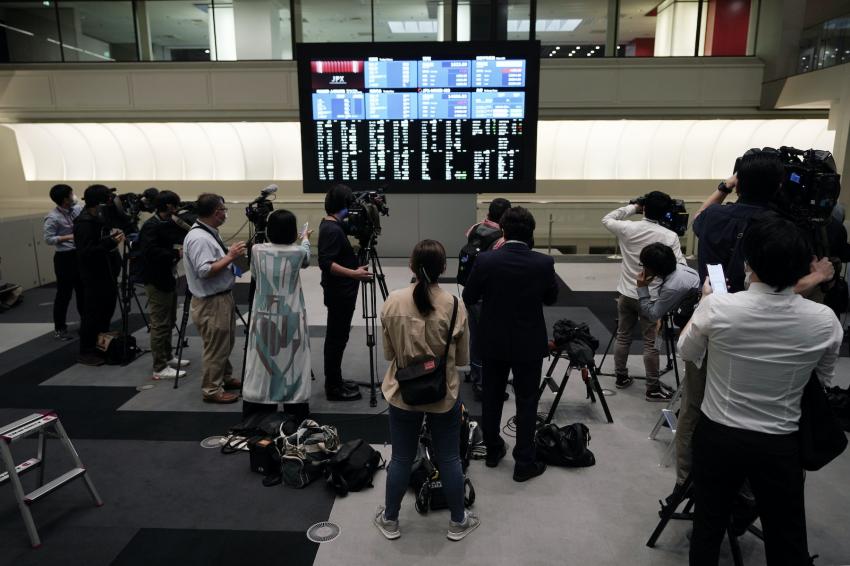 The journalist recorded the reopening of the Nikkei 225 index after Thursday's outage. (Image via AP/Eugene Hoshiko)

On Friday, the Tokyo Stock Exchange (TSE), the world's third-largest exchange, came back on track after repairing the malfunctions in its systems since Thursday that halted the trading for an entire day. Fortunately, there was no indication that the outage was due to hacking or cybersecurity breaches.

The President and Chief Executive of TSE, Koichiro Miyahara, apologized for the outage late Thursday. Furthermore, Miyahara also explained the cause of the outage. While the hardware called "machine one" failed, the backup "machine two" also failed, therefore the stock price information was not delivered properly. The officials of TSE said that the problem was a "memory malfunction", yet rebooting the system during the trading session would have been a catastrophe for investors and other market participants.

The result was the quote-less electronic screens in Tokyo financial district and blank price next to the company's names on the newspapers' evening editions. Hence, the brokerages stated that the investors were frustrated, judging from their calls. The fact that foreigners contribute to 70% of the brokerage trading in the TSE, the outage created concerns for investors in Japan and overseas. Furthermore, Thursday's outage also did damage to other Japanese stock exchanges.

While being the world's third-largest after the New York Stock Exchange (NYSE) and Nasdaq, Japan Exchange Group's market capitalization is worth nearly $6 trillion. The outage proved as evidence of the vulnerabilities in Japan's digital infrastructure, the sector aimed to be improved by the new Prime Minister (PM) of Japan, Yoshihide Suga, to boost Japan's competitiveness on the international level.