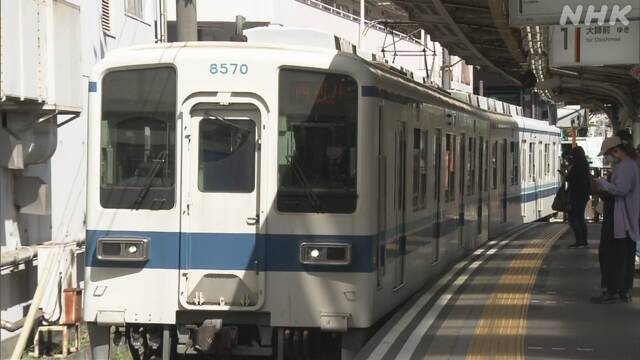 In the railway industry, labor shortages are an issue centered on young human resources, so even though management is deteriorating due to the influence of the new coronavirus, there is a movement to secure human resources by improving treatment such as raising the starting salary.

In the railway industry, the turnover of employees, mainly young employees, has been a long-standing issue.

It is believed that the background is the working environment, such as inspecting railroad tracks at midnight, and more recently, some people have left their jobs because of the business environment has deteriorated due to the spread of the new corona infection and it is difficult to predict the future.

Under these circumstances, Tobu Railway, a major private railway company in the Kanto region, will raise the starting salary for employees who will join the company next year in order to secure young human resources.

In addition to private railways, JR Hokkaido will raise the base of employees by 500 yen for the first time in 21 years, this year with the main purpose of stopping the outflow of young employees. Even as the business situation continues, there is a growing movement to improve the treatment of employees in order to secure human resources.