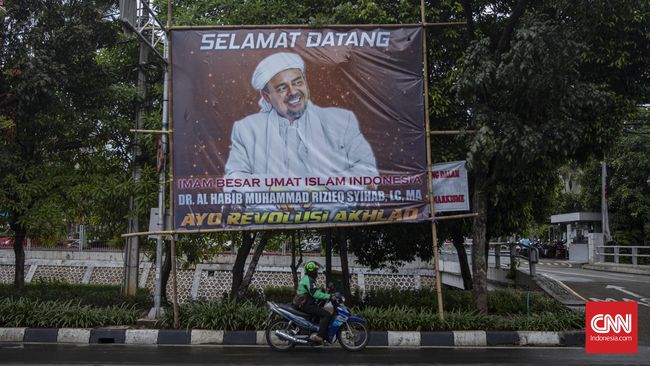 FPI billboard seen on the roadside (Image via CNN Indonesia)

The Indonesian National Army (TNI) pulled down provocative billboards with calls to revolution. These billboards were erected by the sympathizers of the Islamic Defenders' Front (FPI). The Commander of Jakarta Regional Military Command, Major General Dudung Abdurachman argued that these billboards were installed without permission from the government. He stressed that it was necessary to all citizens to abide by the law and regulations applicable to the Jakarta region.

“We have a regulation for putting billboards on the roadside. One needs to pay the instalment tax. There is also a place that is agreed upon for the billboards. You cannot just do it as you wish without following the procedures”, said the general. He also admitted that the pulling down of those billboards was done under his order.

“Do not you dare to rupture our unity as Indonesian people. Do not overrate yourself as the sole representative of Muslims in Indonesia. Not all Muslims are unmannered as they are, many are still well-mannered”, added the general. He even said that there was an attempt to deliberately taint the image of TNI in the eyes of Rizieq’s follower. The general mentioned straightforwardly to the media.