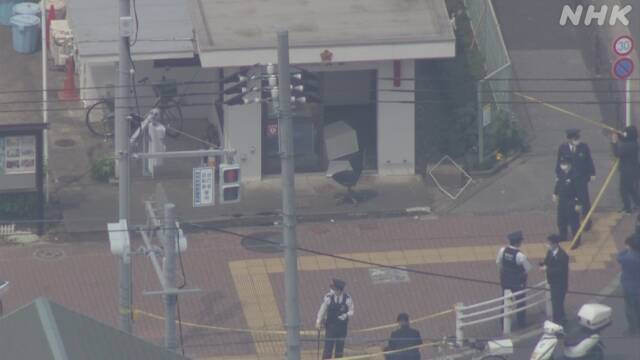 The man who stabbed a male police box counselor in Katsushika-ku secured.

The Minamimizumoto police box at the site is a police box in a corner of a residential area where apartments and apartments are located 800 meters north of JR Kanamachi station.

In the video shot from the NHK helicopter, police lines were set up around the police box, and multiple investigators gathered. Something like a locker is falling inside. The Metropolitan Police Department is investigating the details of the incident.