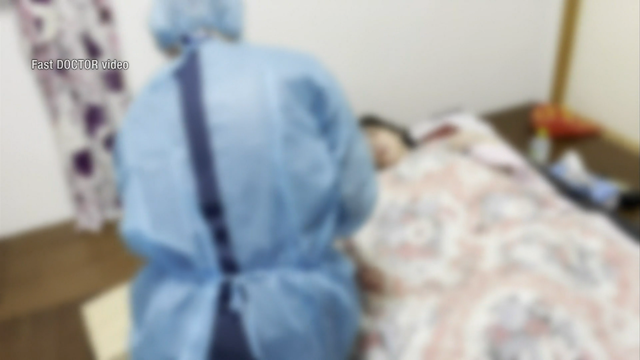 Japan's health ministry says at least 776 COVID-19 patients died at home across the country in July and August in the seventh wave of infections.

People in their 60s and younger age groups each accounted for less than 10 percent.

The survey also found that 69 percent of the people who died at home had underlying health conditions, and 41.4 percent of those who were diagnosed with COVID-19 shortly before their deaths had mild or no symptoms.

The survey shows that 22.8 percent of the 776 patients wanted to stay at home and 10.3 percent did not want to do so. In the remaining cases, their wishes were not clear or patients tested positive after their deaths.

The health ministry says the deaths included patients whose conditions suddenly became serious and those who stayed at home despite their families' wishes to hospitalize them.

In some other cases, patients had been diagnosed with terminal cancer or other critical diseases before they became infected and did not want to leave their homes at the end of their lives.

The ministry says it plans to step up measures to respond to patients who need to receive hospital treatment. It also aims to provide more information so patients can be referred to hospitals when their conditions worsen at home.