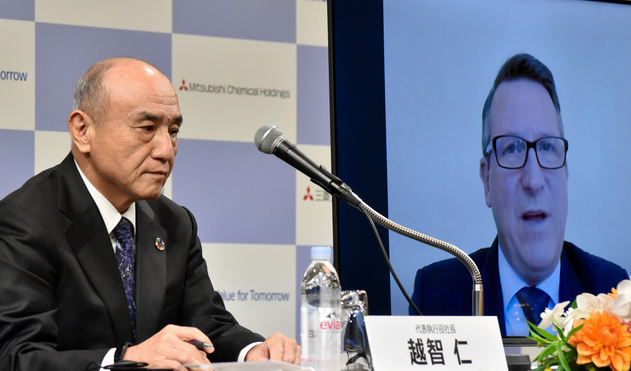 Mitsubishi Chemical Corporation announced on April 4 that it will solicit voluntary retirement from managers over the age of 50. It is said that this is due to the start of a "job-type" personnel system in October, which allocates people who are suitable for the job rather than seniority. Hidefumi Date, Chief Financial Officer (CFO) of the parent company Mitsubishi Chemical Holdings (HD) said at a press conference on the same day, "I thought that people over 50 would be given seniority, but (post) was taken by young people. I will support those who have a hard time. "

The target is managers who are 50 years old or older and have been working for 10 years or more, and a total of 2900 people are rehired after retirement. The number of applicants has not been set, and there are no plans to re-recruit. We will recruit in December and will retire from March to the end of June next year. Add wages for up to 50 months. Expected to cost 10 billion yen.

Regarding the aim of introducing the job type, Mr. Date said, "I want to be a company with high vitality" and "I want you to decide your own career independently. If you do not agree, we will support you to change your career." It will financially resolve the mismatch of people who said it wasn't the case when they did, "he explained as a reason for voluntary retirement.

Mitsubishi Chemical HD also announced that the net loss for the fiscal year ending March 2021 is expected to fall to a deficit of 59 billion yen. The deficit for the full year is the first in 12 years since the fiscal year ended March 2009. An Israeli pharmaceutical company under its umbrella recorded an impairment loss of 84.5 billion yen due to delays in the development of a drug for treating Parkinson's disease due to the effects of the new coronavirus. The closure of the acrylic resin raw material factory in the United States and the recording of 24 billion yen for impairment losses are also reflected.