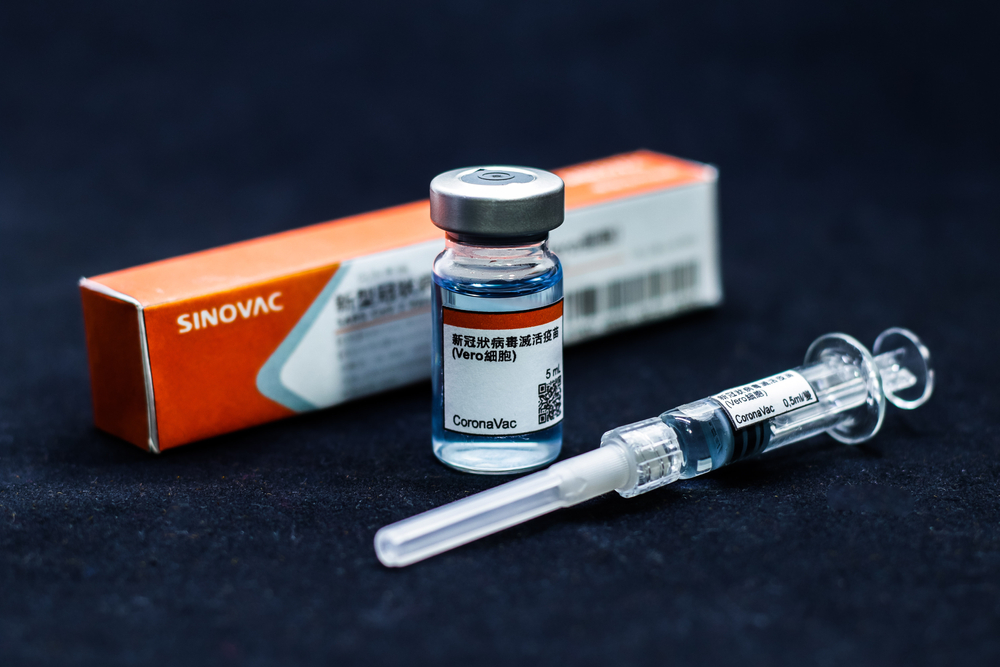 CoronaVac from Sinovac is approved for the EUA in Indonesia. (Image via The Brazilian Report)

Indonesia's National Agency of Drug and Food Control (BPOM) has granted the emergency use authorization (EUA) for the Chinese-flagged vaccine for novel coronavirus disease (COVID-19), CoronaVac from Sinovac.

Given on Monday, the Head of BPOM, Penny K. Lukito stated in the press conference of the EUA that the emergency permit followed the release of the interim third phase clinical trial result. According to the three-month data, CoronaVac from Sinovac has an efficacy rate of 65.3 percent.

After declared clear by the EUA, then the Indonesian Ulema Council also released the "halal" fatwa for the vaccine. Previously, MUI had confirmed that Sinovac's vaccine is allowed to be used according to the Islamic standard. MUI's statement followed the plenary meeting on the halalness of the vaccine on Friday last week. At that time, MUI had not released its official "halal" stamp, waiting for the "tayyib" or the beneficial aspect of the vaccine, proven by EUA.

After the EUA has been released by BPOM, then MUI also released a "halal" fatwa for the COVID-19 vaccine simultaneously on Monday. During the press conference, the Head of Fatwa Commission at MUI, Asrorun Ni’am Sholeh, stated that MUI also allowed the CoronaVac by Sinovac to be used by the Indonesian Muslims in facing the COVID-19 pandemic, raging since March 2020.

The COVID-19 vaccination with Sinovac's CoronaVac will start on Wednesday tomorrow. The President of Indonesia, Joko Widodo (Jokowi), and his cabinet ministers will be the first people injected by CoronaVac. Then, the vaccine will be injected into the priority group, such as health workers.