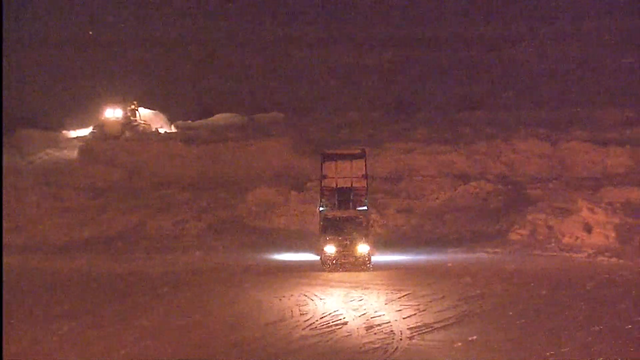 Japanese weather officials are warning of possible severe snowstorms this weekend, mainly in the northern part of the country along the Sea of Japan.

It will likely bring powerful winds and snow through Saturday, mainly along the Sea of Japan coast in Hokkaido and the Tohoku region.

Hokkaido can expect a maximum wind speed of 83 kilometers per hour and gusts up to 126.

Tohoku can expect a top wind speed of 72 kilometers per hour and gusts up to 108.

Seas in the area will be rough, with waves as high as 5 meters.

Agency officials are calling on drivers and users of public transport to be careful. They're also urging people to watch out for strong winds and high waves.

A cold air mass will likely affect northern through western Japan next week. Areas along the Sea of Japan could see heavy snow from around Monday.

Temperatures are expected to plunge over much of Japan, including the Pacific coast, from around Tuesday.