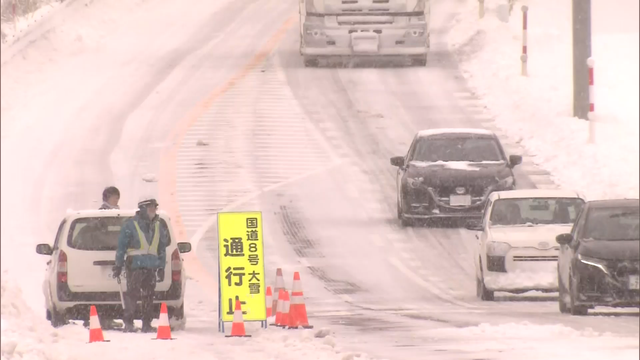 Japanese weather officials warn that the coldest air mass of this winter is expected to bring heavy snow to the Sea of Japan coast and some areas on the Pacific side of the country from Tuesday.

They are urging people to prepare for the heavy snow and cold temperatures as soon as possible.

The Meteorological Agency says a cold air mass will flow into western and eastern Japan between Tuesday and Thursday.

It is expected to bring heavy snow and snowstorms to the Japan Sea coast from northern to western Japan. If the snow clouds linger, they could dump a large amount of snow in a short time.

Officials say low-lying areas on the Pacific side of Kyushu and Shikoku may also have heavy snow.

Weather officials say winds will also intensify across the country, and rough waves are expected off the coasts of eastern and western Japan as well as Okinawa and Amami.

On Wednesday morning, temperatures are expected to plunge to 11 degrees Celsius below freezing in Sapporo, minus 8 in Nagano, minus 6 in Sendai and minus 3 degrees in Tokyo.

The Meteorological Agency warns that snowstorms could disrupt transport and cause power outages. Water pipes could also freeze. It says residents of areas where heavy snow is expected should avoid going out if possible.