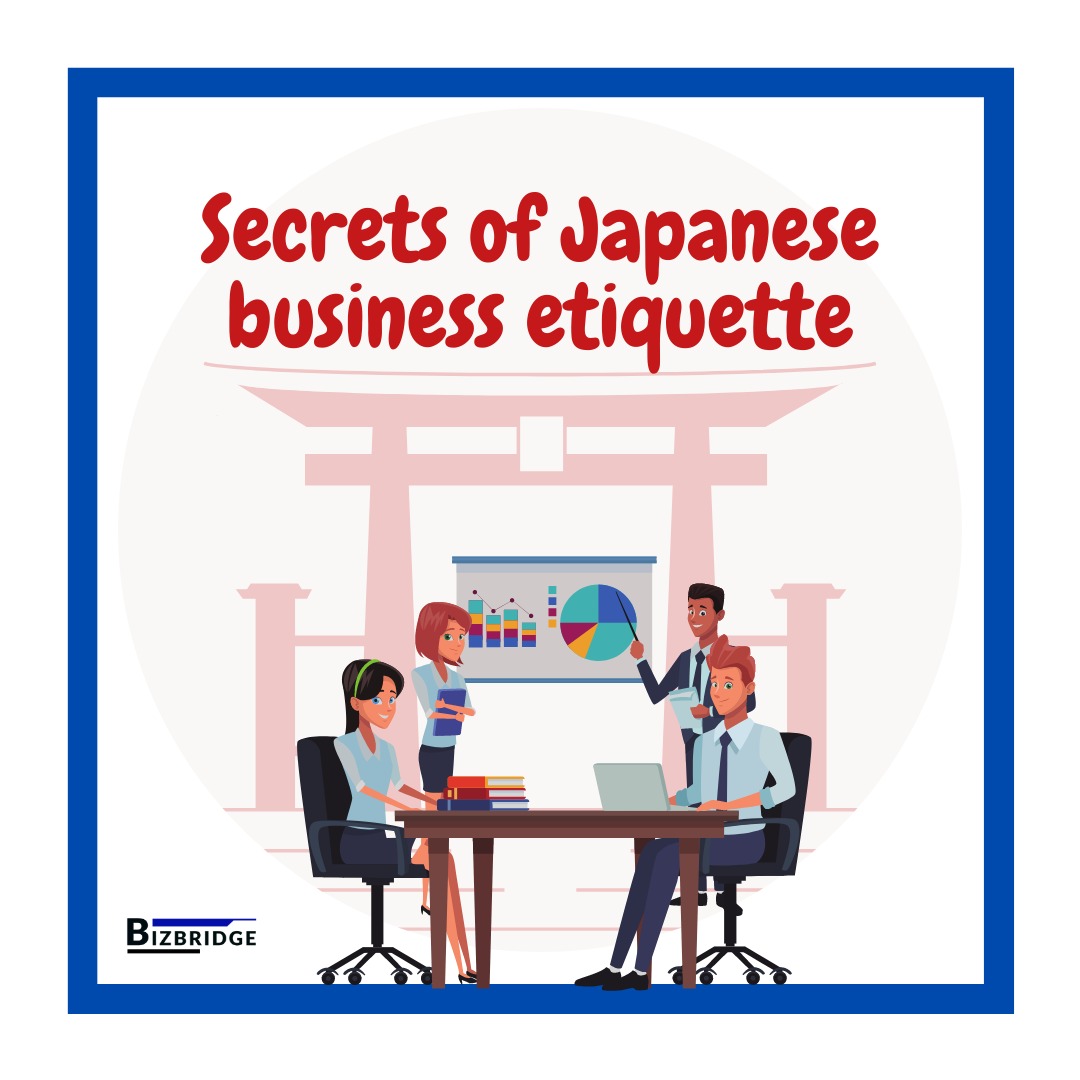 The most obvious facets of Japanese business etiquette, affect personal behavior during and around business meetings, but there are other less obvious things affecting how your company’s Japanese subsidiary must behave. Fortunately for foreign company executives doing business in Japan, Japanese businesspeople will not hold them to the same strict standards expected of their Japanese colleagues: within reason, they will tolerate quite severe transgressions, while minor transgressions, which would doom a Japanese salesperson, might even help to break the corporate ice.

The key personal aspects of Japanese business etiquette to consider, are mostly related to first meetings, especially first meetings with senior Japanese executives. As time passes, the relationship with a Japanese customer strengthens and the formalities will decrease, especially after one or two dinners, lunches, or even offsite meetings at Starbucks. Regardless, I recommend that a foreign executive never assumes he or she has reached the same level of business intimacy with a Japanese senior manager or executive, as he or she might have with executives in the US or elsewhere. A since retired President of a Toyota Motors subsidiary told me that Japanese usually do not begin to trust a person in business until having known them for at least 10 years. It happened that at that time I had known him for 10 years and met him many times, but even now, I have no idea about his family life, or even if he has sons and daughters: there are some things that many Japanese businesspeople just don’t talk about.

Let’s look at some of the key aspects of Japanese business etiquette that affect foreign company executives and subsidiaries in Japan.

Some very important points to remember:

For Men. Japanese business etiquette has become less formal, but business attire has not changed much since I first wrote this section back in 2004.

For Women. Sadly, little has changed for women in Japanese business since I first wrote this site over a decade ago: in fact, not much has changed since I started business in Japan in December 1991. Successive governments talk of encouraging women in the workforce, but industry’s interest often seems more focused on bringing mothers in their late 30s back to pressing photocopier buttons in humdrum office jobs, than in encouraging any real parity for women in the workplace. The idea of promoting women to senior management jobs, even in Japan’s internet companies where one might expect faster evolution, still has a long way to go. Many Japanese salarymen, senior managers and executives still don’t find it easy to relate to female executives, and it can present problems for such executives from the US and Europe.

Each of us, male or female, must make our own decisions about how and to what extent we adjust our image to suit our company’s business needs and goals. Based on having worked in Japan with (and for) foreign female executives, the following are my recommendations for any female executive who wants to avoid being treated below her corporate level: