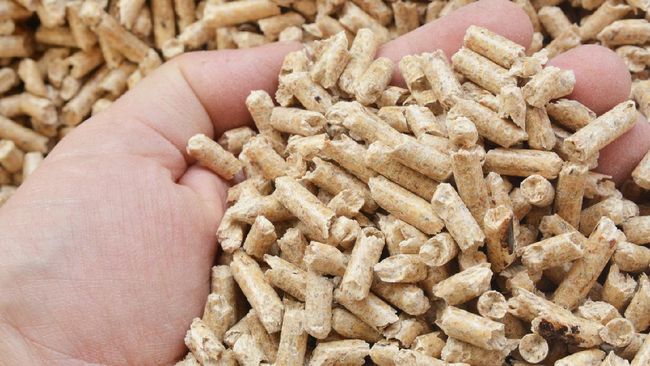 RI Will Supply Wood Pellets and Palm Shells to Japan

The Ministry of Trade (Ministry of Trade) stated Indonesia's readiness to meet the needs of Japanese wood pellets and palm kernel shells for biomass-based renewable energy.

This was revealed by Srie when attending a web seminar titled "Indonesia-Japan Market Access Workshop Renewable Energy". In the event, a number of business actors from the State of Sakura explained the standard palm shells and wood pellets needed by Japan.

Srie explained that Japan is targeting to produce 1,065 Terawatt hour (TWh) electricity, which is poured in the 2030 energy mix, of which 3.7-4.6 percent will be targeted from biomass. That is an opportunity for Indonesia.

In order to encourage increased use of renewable energy sources, the Government of Japan has implemented a Feed in Tariff System (FIT) policy which began in July 2012.

This policy uses an incentive structure to create an investment cycle, innovation and reduction in production costs so that imports of Japanese palm shells from the world have also increased sharply since 2012.

Meanwhile, in 2019, Japan has imported 2.5 million metric tons of palm shells from the world with 85 percent of them sourced from Indonesia.