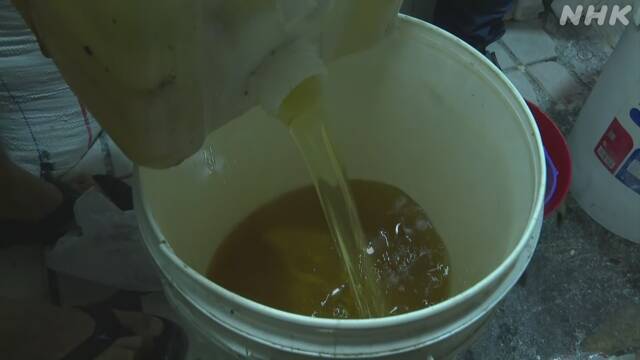 As the price of cooking oil rises due to the situation in Ukraine, Indonesia will resume the export of palm oil, which was temporarily banned in order to prioritize domestic supply, on May 23rd. the focus is on how to ease the pressure on international price hikes.

Indonesia’s palm oil production accounts for nearly 60% of the world total, but the Indonesian government announced on April 28th that the export was temporarily banned from Indonesia in order to took measures to prioritize domestic supply as the price of sunflower oil, which is mainly produced in Ukraine, has risen as a substitute due to the view that the supply will be stagnant.

However, Indonesia has decided to resume exports from May 23rd in order to reduce the impact on the employment of 17 million people involved in the palm oil industry, as supply is expected to stabilize and pieces are expected to fall.

Palm oil is used as a raw material for cosmetics as well as food, and about one-third of the palm oil imported to Japan last year was from Indonesia.

Therefore, the focus will be on how to ease the pressure on international price increases.

On the other hand, in Indonesia, the price of cooking oil is up to 70% higher that it was a year ago even after the embargo.

The stall selling fried food in the capital city, Jakarta, are still raising prices, and the owner said, “The price of cooking oil is still high. I want it to go down further to make it easier to do business.”

Exports have resumed while domestic dissatisfaction has not been resolved, and the Indonesian government is faced with a difficult response.