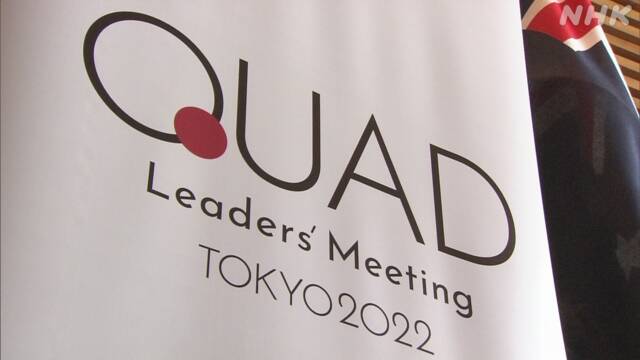 The quad summit, the framework of the four countries of Japan, the United States, Australia and India, will soon begin. With China in mind, discussions will be held on cooperation for the realization of a free and open Indo-Pacific.

At the meeting, opinions will be exchanged on the situation in Ukraine, and discussions will be held on cooperation for the realization of a free and open Indo-Pacific and cooperation in a wide range of fields, including the economy, with China and other countries by strengthening their marine expansion.

A joint statement is expected to be issued after the meeting, confirming the strong involvement of the four countries in the free and open Indo-Pacific, including freedom and the rule of law, as well as sovereignty and territorial integrity. They strongly support the principles and will include a position to promote these principles in other regions as well.

In addition, regarding the regional situation, it is being clarify the importance of complying with international law by countering the challenge of rule-based maritime order, keeping in mind that China is intensifying its movement to advance into the ocean.

In addition, regarding North Korea, it is expected to confirm the need for denuclearization of the Korean Peninsula and immediate resolution of the abduction issue, and to condemn the development of nuclear weapons and missiles that will bring about destabilization of the situation.