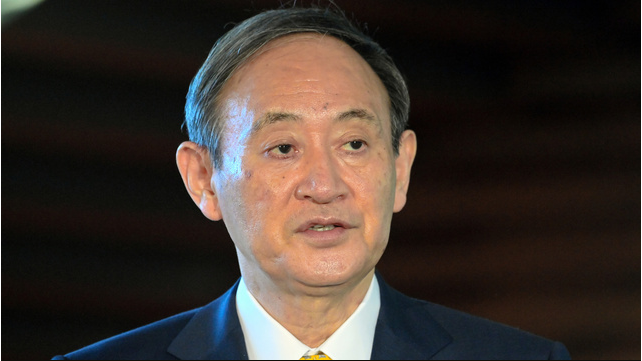 Prime Minister, I need to see the situation for a few more days

On the 10th, Prime Minister Yoshihide Suga said, "If necessary, be prepared to respond immediately," regarding a request for addition to the state of emergency by the three prefectures of Osaka, Kyoto, and Hyogo, where the infection of the new coronavirus is rapidly expanding. "We need to look at the situation for a few days," and said he would wait for the results of the analysis by experts to make a decision.

On this day, the leaders of the ruling and opposition parties will appear individually in an interview format on NHK's "Sunday Debate". He spoke about support for the new corona.

Regarding the Special Measures Law for the new Corona, which is usually aimed to be revised by the Diet, Prime Minister Suga said, "It is also true that some people cannot cooperate with us regarding the penal provisions for restaurants that do not respond to requests for closure or shortening of business hours. I want to make the benefits and penalties a set to make it more effective, "he emphasized the need. He also said, "We should deal with businesses that have been severely affected," and said that he would support business partners affected by the time-saving.

In addition, the Prime Minister was asked whether former Prime Minister Shinzo Abe, who was pointed out a false answer, was accountable over the issue of the dinner party the day before the "Sakura wo Miru Kai", and said, "I think he explained as much as possible." I talked to him.

Regarding the case where many Trump supporters broke into the US Capitol, he said, "It was extremely disappointing. I would like the United States to move in one direction from the conflict, centered on President-elect Biden."

Natsuo Yamaguchi, the representative of the Komeito Party, said that it is important to secure beds and support medical staff regarding the tight medical system, and that "the government should strengthen it, including direct support." Indicated. Regarding the revision of the Special Measures Law, he emphasized, "It is difficult to understand that it is better for people who did not comply with the request for self-restraint to continue the business." He said, "It is important to make the content play a role in maintaining order so that the penalties are effective in combination with the support measures."