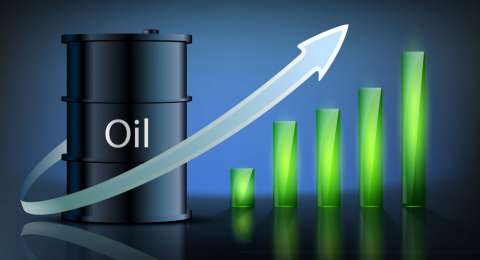 illustration of the increasing oil price

Within a week, Brent oil rose 0.5 percent, while US crude WTI gained 1.7 percent.

Based on IHS Markit's Purchasing Managers' Index (PMI), business activity in the Eurozone grew in July for the first time since the corona virus pandemic. This condition is a positive catalyst in the market.

Meanwhile, US business activity increased to its highest level in six months in July. However, US companies reported a decline in new orders because new Covid-19 cases were still increasing.

The addition of new cases has made the US economic outlook bleak. Some states re-impose social restrictions thereby reducing fuel consumption.

On the other hand, the number of Americans who filed for unemployment benefits reached 1.416 million last week. This number rose unexpectedly for the first time in almost four months.

The latest tension in the two biggest oil consumers in the world has fueled concerns about fuel demand.