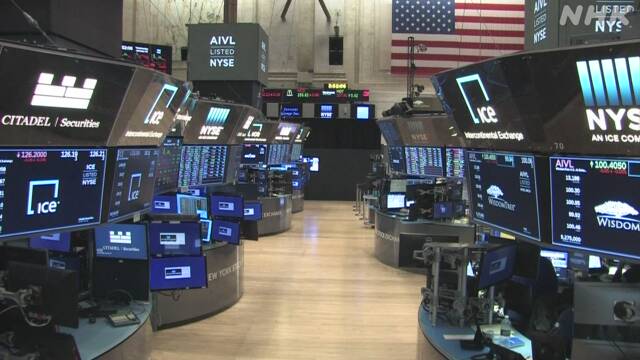 NY Dow Jones Industrial Average Plunges Over $1000 at One Point, Selling Orders to a Wide Range of Stocks

In the New York Stock market on June 13th, the Dow Jones Industrial Average temporarily plummeted to over $1,000 as record inflation prolonged, monetary tightening accelerated further, and caution was raised against the economic slowdown.

The New York stock market on June 13th will slow down as the Fed, the central bank of the United States, meets on June 14th, with record inflation prolonging and monetary tightening further accelerating.

As a result, a wide range of stocks were sold from the morning, and sell orders expanded further toward the end of the transaction, and the Dow Jones Industrial Average temporarily plummeted by more than $1,000 compared to last weekend.

The Nasdaq stock index, which has many IT-related stocks, also plummeted by 4.6%, setting a new low at the closing price.

Market officials are widespread that, “The US consumer price index growth in May, which was announced on June 10th, exceeded market expectations, and that record inflation may not converge. Investors have become more enthusiastic about avoiding risks, partly because it has been speculated that FRB may increased rate hikes to curb inflation.”

Selling orders also expanded in the European stock market, with major stock index closings falling 2.6% in the Paris market and 2.4% in the Frankfurt market in Germany.