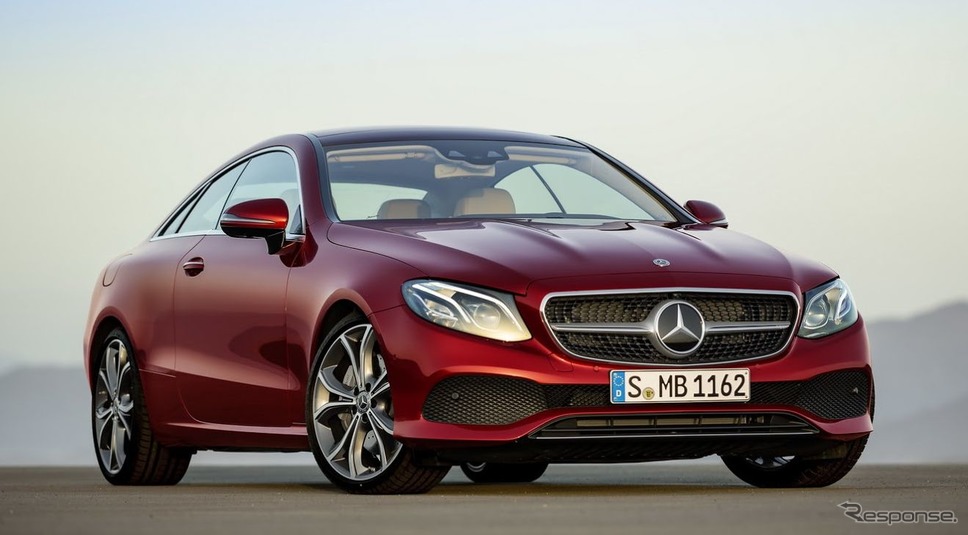 The current E-Class coupe made a world premiere at the Detroit Motor Show 2017 held in the United States in January 2017. It appeared after a model change for the first time in about eight years.

The current E-class coupe pursues a beautiful form that follows the theory of the coupe, like the "S-class coupe" and "C-class coupe". At the same time, with the goal of "stylish and sporty", we aimed for a dynamic design.

The effect of increasing the body size has expanded the interior space. Compared to the conventional type, the overhead space in the front seat is expanded by 18 mm. 50mm around the shoulder and 38mm around the elbow. The space around the rear seats also has 74mm more space.