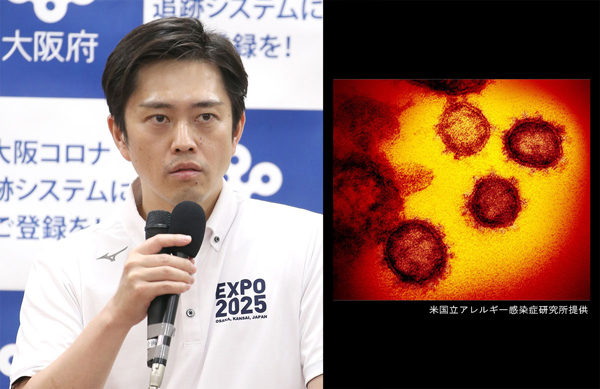 According to Osaka Prefecture, of 240 infected people who were positively identified during March, 100 people whose infection routes were unknown were followed up. Then, out of 100 people, only 27 people infected other people. 73 people did not infect anyone. Furthermore, the fear of the new coronavirus is that the infection spreads from person to person one after another, but it was stopped by the fourth infection. No one was infected with the fifth infection. Osaka Prefecture is also tracking (1) 21 out of 33 who were positively tested on April 2nd, the unknown route of infection, (2) 70 (April 9th), (3) 32th April 16th, and (4) 4th April 4th group. Investigation. As a result, the spread of infection in (1) and (2) was stopped by the third infection, and that of (3) and (4) was stopped by the second infection.

Associate professor Takayuki Miyazawa of the Institute of Viral and Regenerative Medicine, Kyoto University, who attended the expert conference as an observer. "From the standpoint of studying the virus for 33 years, I have continued to say that it is not necessary to be overly afraid of the new coronavirus, but this is a report supporting this. However, why did the spread of infection stop by the fourth infection? Is a mystery. I don't think the infectivity of the virus has diminished, because the gene cannot mutate in such a short period of time."

"I wrote on Twitter, but I call this the "invisible immune reaction hypothesis". When a pathogen enters the body, innate immunity reacts, and then stronger acquired immunity reacts. It is possible that a small amount of infection improved the ability of innate immunity, resulting in a temporary antiviral state, which made it difficult to be infected for a short period of time and ended."