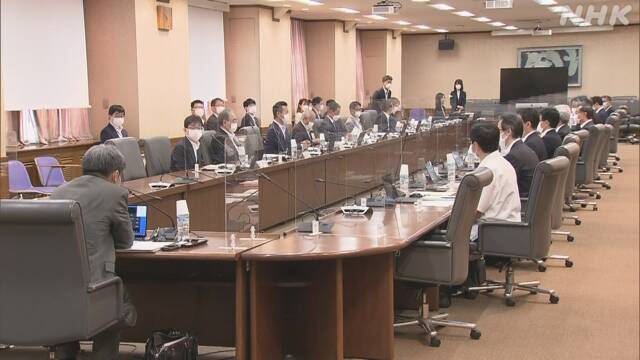 The Ministry of Finance held a meeting of directors of the Treasury Bureau on the 27th, leaving the nation's economic judgment as "gradually picking up."

Regarding the outlook, it is necessary to pay attention to the recent rapid depreciation of the yen, citing fluctuations in the financial and capital markets as risk factors.

The Ministry of Finance holds a meeting of directors of the Finance Bureau every three months to summarize the current state of the economy in 11 regions nationwide as an "economic situation report."

This time, the judgment was left unchanged as "a gradual recovery" in the nationwide economy, but the expression "some weaknesses are seen" in the previous judgment has been deleted.

"individual consumption" was "gradually picking up" based on the recovery in the number of customers, mainly during the Golden Week holidays.

In addition, "corporate production activities" said that although automobile production was sluggish due to a shortage of semiconductors and other supplies, electronic parts and other products were strong and "recovering", and "employment situation" was also "recovering".

Regarding the outlook, it is necessary to pay attention to the rise in raw material prices and restrictions on the supply of parts due to the prolonged situation in Ukraine, as well as the recent rapid depreciation of the yen, and the fluctuations in the financial and capital markets as risk factors.