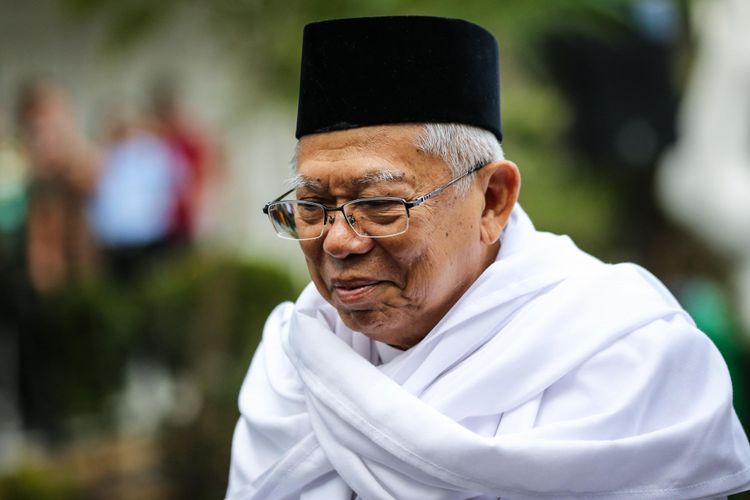 The Vice President of Indonesia, Ma'ruf Amin, wanted Indonesian people to adopt an "open" way of thinking. (Image via Kompas)

The Vice President of Indonesia, Ma'ruf Amin, said on Thursday that he does not want Indonesian Muslims to keep the narrow-minded view as shown during the current conditions in the society,

The inactive chairman of the Indonesian Ulema Council (MUI) gave the example such as refusing to believe the existence of the novel coronavirus disease (COVID-19). As a matter of fact, many of the Indonesian people still believe that the current pandemic is nothing but a product of conspiracy theory. Hence, they did not understand the matter with sufficient knowledge and common sense.

Ma'ruf also stated that the narrow-minded point of view also becomes the source of stagnation in the development of education and culture. By keeping the close-minded way of thinking, egotistical nature is created, causing people to refuse difference in opinion and dialog. According to Ma'ruf, such a way of thinking is also a distortion from the mainstream. Hence, it may result in radicalism, making people be easier to resort to violence and anarchy.

Furthermore, the Vice President also asserted that the narrow point of view will only hinder and pose a counterproductive threat to the effort to build Islamic civilization in Indonesia. The condition may be one of the triggers to why many Islamic countries are left behind in terms of economy, education, and technology.

Therefore, according to Ma'ruf, Islamic people in Indonesia should start thinking in a moderate way so that Islam in Indonesia may return to its golden age. By adapting the moderate stance, the Indonesian Muslims might be easier to accept changes and knowledge, and out-of-the-box.