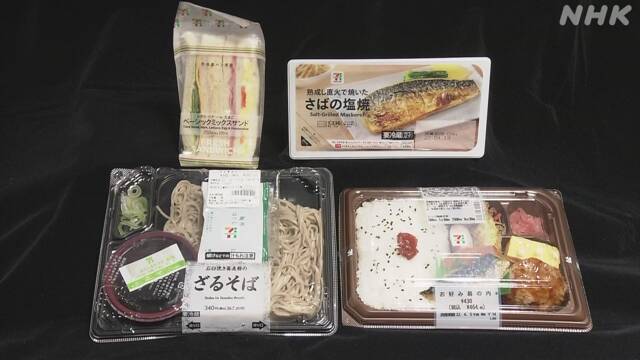 Lunch Boxes, Sandwich, and Fried Food are also Increasing in Price at Convenience Stores one after another.

In response to soaring raw material prices, major convenience stores are moving to raise prices for their main products, such as bento boxes and cooked fried food in-store.

Of these, Seven-Eleven Japan has raised the prices of about 60 products such as bento boxes, noodles, and bread about 2% to 15%, excluding tax, starting this week.

In March, it raised prices for some sandwich products, but decided that a wider range of products needed to be priced.

In addition, Family Mart has raised the price of 10 cooked fried foods in the store, such as croquettes and fried chicken, by 3% to 12% including tax from the 5th of April.

They are adjusting the target items and timing with the intention of raising the price of lunch boxes and salads by up to 15% in the future.

At a major convenience store, Lawson has also raised price of about 50 products such as sandwiches and rice balls about 2% to 14% including tax from the beginning of March.

The background to each company’s decision to raise prices is because the raised in prices of many raw materials and distribution costs have risen due to normalization of economic activities from the disaster of Corona and the tightening of the situation in Ukraine. Because of this, price increases for familiar items are spreading to the main products of convenience stores.