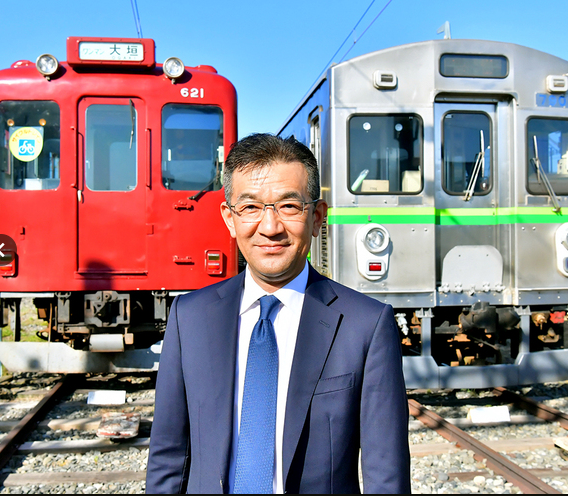 The earpicks made by the craftsmen who worked on Ichiro's bats were sold out, and the commemorative ticket with Hello Kitty was also very popular. The Yoro Railway (Ogaki City, Gifu Prefecture), which runs along the border between Mie and Gifu Prefecture, is a local railway that has become a hot topic due to the abundance of commemorative goods. However, the declining birthrate and aging population have been overwhelmed by the corona wreck, and like many local railways nationwide, they are in a difficult situation. We asked President Yukio Tano about his next move toward rejuvenation.

Last year, the 100th anniversary of its opening, it became a hot topic in "100 projects".

"We held various events and sold commemorative goods, but the effect was enormous. For example, Hello Kitty's wrapping train. 2957 commemorative tickets for 1500 yen per adult were sold. Come to ride from Tokyo and Osaka Former U.S. University leaguer Ichiro's bat was made by Mr. Isokazu Kubota, a "modern master craftsman" who is famous for his work. 100 bottles were sold out on the same day. The number of transport personnel has increased by 2% every month since April last year. "