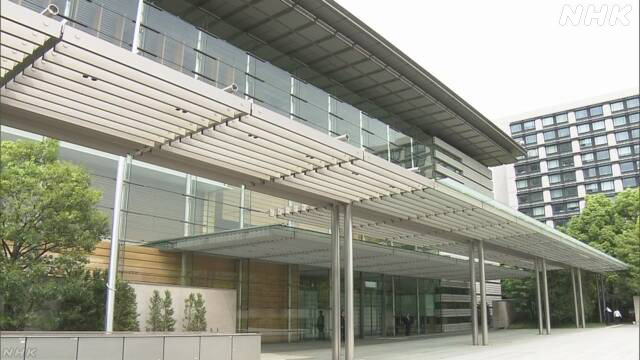 Kishida cabinet the challenges of economic and financial management

After the House of Councilors election, the Kishida Cabinet intends to proceed with the overall concept of “new capitalism” and the concrete measures of “the bold policy” decided by the Cabinet in June.

On the other hand, the urgent issue is how to deal with the soaring prices that are directly hitting people’s lives and the tight supply and demand of electricity.

Ø  Reform of “NISA” and “iDeCo” with the aim of “doubling asset income” incorporated a policy.

At the same time, the Cabinet decided on the “Honebuto no Hoshi” policy, which includes issues such as,

Ø  Strengthening the medical system to prepare for the spread of the new corona infection.

Ø  Support measures for the child-rearing generation such as an increase in the lump-sum payment for childbirth and child birth.

The Kishida Cabinet believes that such a policy has gained credibility by winning the Upper House election, and intends to proceed with concrete measure in the future.

On the other hand, they also asked to deal with urgent issues.

One of them Is the problem of energy and electricity supply and demand.

In March, the temperature dropped while multiple power plants were shut down due to earthquake, and the demand for electricity such as heating increased.

Within the jurisdiction of TEPCO, the use of air conditioners increased significantly.

The government has requested power saving nationwide for the first time in seven years, saying that the power supply and demand situation will continue to be severe this summer, and is calling for cooperation in power saving within a reasonable range from the 1st  of this month to the 3rd month.

However, the power supply and demand this winter is expected to be extremely harsh, with the supply capacity and reserve ratio for the peak power demand within the jurisdiction of eight companies such as TEPCO being below the minimum of 3% required for stable supply.

Under these circumstances, securing LNG = liquefied natural gas, which is the fuel for power generation, has emerged as an important issue.

About 9% of the LNG used in Japan is from Russia, and most of it is "Sakhalin 2" in the Far East, which is funded by a Japanese trading company.

However, as Japan in line with the West and tightening sanctions on Russia over the situation in Ukraine, President Putin issued a presidential decree on the 30th of last month ordering the business entity of "Sakhalin 2" to be changed to a newly established Russian company.

The Japanese government is wary that LNG imports will not stop immediately due to this, but the Russian side is shaking with energy, and will work on LNG producing countries to secure other suppliers. I have decided.

However, as European countries are forced to break away from Russian fossil fuels and are working to secure LNG, it is an important issue for the Japanese government to secure a stable supply of electricity through stable fuel procurement.

Due to the prolonged situation in Ukraine and the rapid depreciation of the yen, prices of energy and foodstuffs have risen, hitting people's lives directly.

In May, the consumer price index, excluding fresh foods, which are subject to large fluctuations due to weather conditions, exceeded the same month last year by 2.1%, surpassing 2% for the second straight month.

Ø  Cooking oil, which uses a lot of imported raw materials, rose significantly to 36.2%.

In addition to the measures currently being taken, such as curbing the prices of gasoline and other fuels, the government plans to take measures to raise the prices of agricultural products and substantially reduce the burden of electricity costs.

However, in recent years, there have been a series of announcements of price increases for groceries and daily necessities.

If the impact on people's lives becomes even more widespread, it could put a strain on the economic recovery from the new Corona, and countermeasures are urgently needed.

While the economy has been hit hard by the new corona, the government has supported livelihoods and the economy with huge fiscal stimulus.

Under these circumstances, the so-called “national debt”, which includes government bonds and borrowings, reached a record high of 1241 trillion yen as of the end of March.

There is an opinion from the ruling party that the government's goal of "turning the primary balance of the national and local governments into the black by 2025" should be postponed, but Prime Minister Kishida said. It emphasizes the stance of aiming for fiscal consolidation.

However, as the infection of the new coronavirus spreads again and the global economy is declining due to soaring global prices.