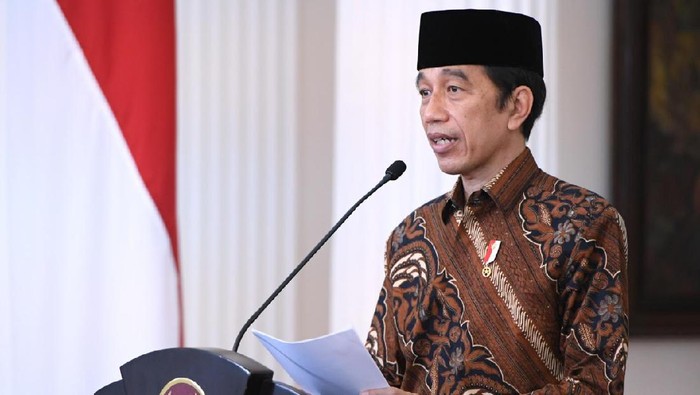 The President of Indonesia, Joko Widodo (Jokowi). (Image via detikFinance)

The President of Indonesia, Joko Widodo (Jokowi), stated that the omnibus law (UU no. 11 of 2020) on Job Creation also benefits the Micro, Small, and Medium Enterprises (UMKM). Speaking on Friday through his official Facebook account, Jokowi clarified that the law creates a conducive investment climate through simplification of 79 laws into just 1 law.

During the online meeting on Thursday, APEC (Asia-Pacific Economic Cooperation) CEO Dialogues 2020, Jokowi also invited the businesses from the Asia-Pacific region to invest in Indonesia. The President of China, Xi Jinping, and the Prime Minister of Japan, Yoshihide Suga, also attended the online meeting.