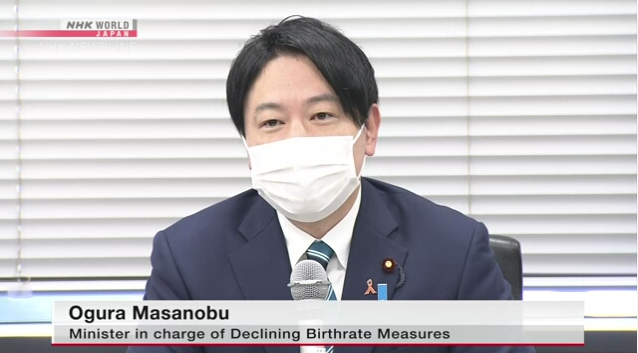 A Japanese government panel met on Thursday in Tokyo to discuss the country's birthrate, which is now falling at a record pace.

The panel consists of officials of relevant ministries and agencies. It was launched at the instruction of Prime Minister Kishida Fumio, and is headed by Children's Policy Minister Ogura Masanobu.

At its inaugural meeting on Thursday, Ogura said the panel will consider ways to bring about a major breakthrough in solving the country's long-standing issue.

Ogura said putting a stop to the falling birthrate is an investment in the future. He added that society is at stake.

He said the panel aims to draw up unprecedented, bold proposals through interministerial efforts.

The panel will seek the opinion of experts before compiling its draft measures by the end of March.