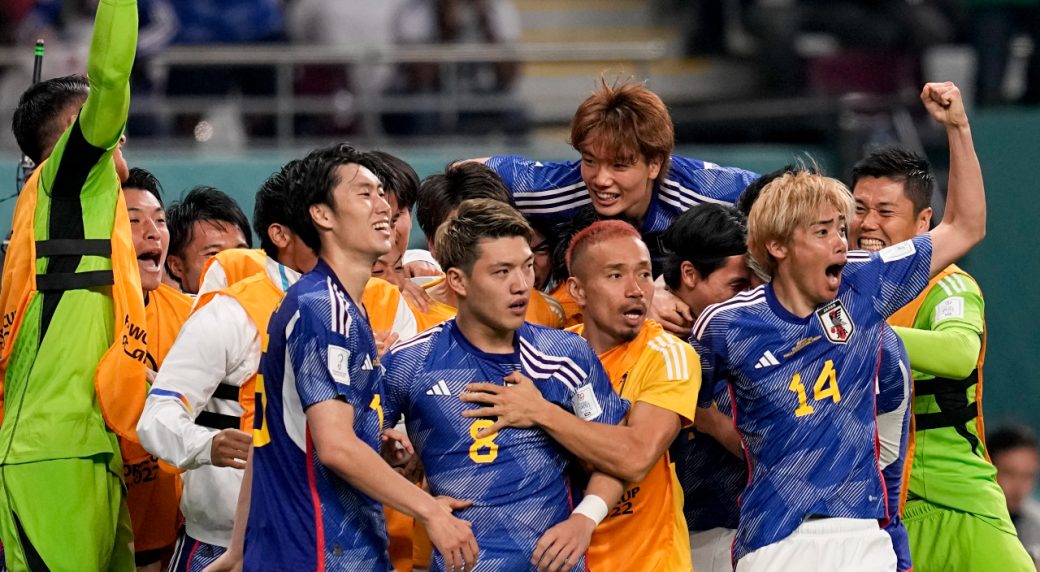 In the men's World Cup soccer finals in Qatar, Japan pulled off a stunning comeback to beat four-time champion Germany 2-1.

But Japan stepped up its offense in the second half.
Substitute Doan Ritsu equalized in the 75th minute and fellow substitute Asano Takuma smashed the ball into the net eight minutes later.

Germany missed chances though the team had 25 shots at goal, more than double Japan's 11.