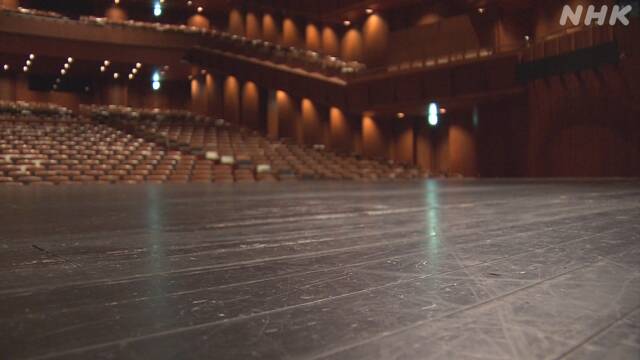 Various financial events such as music and sports have been canceled or postponed due to the effect of the new coronavirus, and the financial loss is estimated to be more than 3 trillion yen in the three months to the last month, a financial institution in Japan estimates. In addition, the cancellation or postponement of live music and plays was 12,705, and the loss was 904.8 billion yen.

If the canceled or postponed events were held all over the country from March to May this year, how much the audience's accommodation fee, food and drink fee, venue usage fee, staff personnel cost, etc. It was estimated whether there was a ripple effect of, and it was regarded as an economic loss.

The Development Bank of Japan estimated economic losses for events that were canceled or postponed from March to May this year. It is said that live music, musicals, plays, etc. Lost 12,048 million yen in three months in 12 months, and 1116 events sponsored by local governments such as local festivals lost 1,741.1 billion yen.

It is estimated that 1,150 sports events such as professional baseball will amount to 268.8 billion yen, and the total loss for the event will reach 3,025.6 billion yen. Although the Development Bank of Japan may shift to an online type in some events in the future, it does not lead to local consumption.Since July and August, more events are held every year, we expect that losses will increase if cancellations or postponements continue.