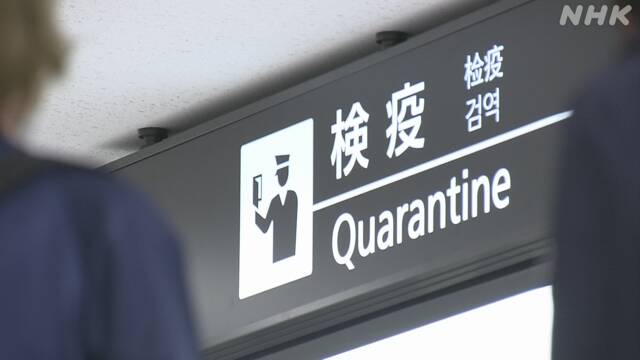 According to the Ministry of Health, Labor and Welfare, it was newly confirmed that seven men and women under the age of 10 and in their 40s who had arrived at Narita, Haneda, and Kansai airports from the United States and Brazil from 19-21 were infected with the new coronavirus. Everyone is asymptomatic. All of that infected people at the airport quarantine station right now.

Infected were seven men and women up to their thirties, including children under the age of 10, who arrived from the United Arab Emirates, the United States, and Bolivia. A total of 279 people were found infected at the airport quarantine.

According to the Ministry of Health, Labor and Welfare, three are Japanese and four are foreign nationals. Three men living in Tokyo, Saitama Prefecture, and Tochigi Prefecture arrived at Narita Airport, each with a history of behavior in the United States, Pakistan, and the United Arab Emirates.