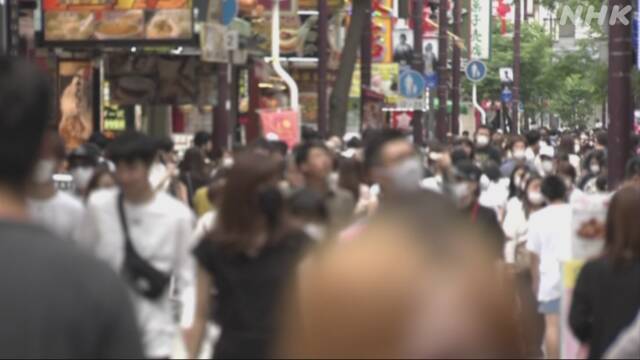 On the 21st, the first Sunday on the 21st Sunday when the self-restraint of traveling across prefectures was eased nationwide, the number of tourist destinations in each region increased significantly compared to one week ago, and it was at or above the previous year's level. KDDI collects the number of tourists in major tourist destinations based on the location information of the smartphone after obtaining the user's consent.

It seems that the number of people is increasing everywhere on the 20th. On the 20th, which was the first weekend, the flow of people increased at each tourist destination. According to the Cabinet Secretariat, looking at the rate of increase/decrease in the number of tourist destinations compared to the average of the holidays last June, on the 13th and the 20th one week ago, the areas around Tokyo and Asakusa Kaminarimon and Mie Prefecture. The rate of decrease has decreased significantly around Ise Jingu.