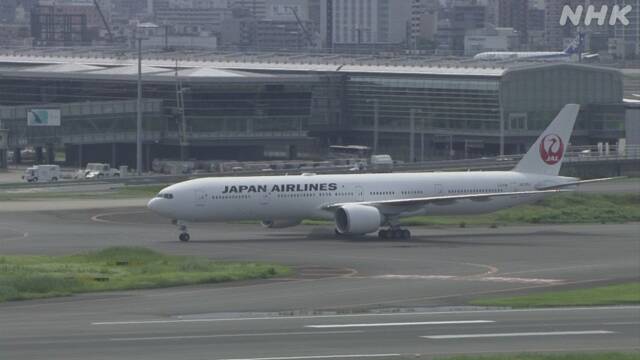 Was the crack caused during the flight?

According to the Ministry of Land, Infrastructure, Transport and Tourism (MLIT) and Japan Airlines (JAL), a crack in the cockpit window of Japan Airlines Flight 43, a Boeing 777, which took off from Haneda Airport shortly after 11:00 a.m. on the 14th and was heading for London, was reported just before 1:00 p.m.

The aircraft turned back to Haneda Airport and landed about an hour later, just after 2:00 p.m. It is believed that the crack appeared during the flight.

According to Japan Airlines, the 23 passengers and 13 crew members on board were not injured.

Japan Airlines has informed the passengers about hotels and alternate flights, and is investigating the cause of the cracked window.