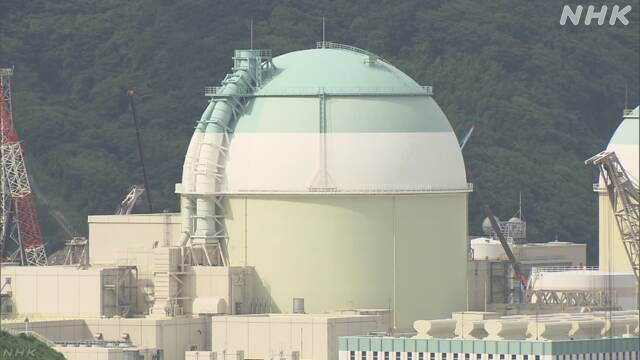 Interrupted due to Trouble Periodic Inspection of Ikata Nuclear Power Plant No. 3 Re-acceptance with Condition

Shikoku Electric Power wants to resume regular inspections when it is ready. In order to take responsibility for a series of troubles, Shikoku Electric Power Co. announced that it will voluntarily repay a portion of this month's executive remuneration for a total of five executives including Chairman Hayato Saeki and President Nagai. On the other hand, regarding the Ikata Nuclear Power Plant Unit 3, this past January, the Hiroshima High Court issued a decision of provisional disposition to disallow driving.

Since then, Shikoku Electric Power has filed an objection, but the hearing has not yet started and it is impossible to foresee the restart. Ehime Prefecture of Tokihiro Nakamura governor and Shikoku Electric Power Keisuke Nagai president of 3 days, Tour of the problem that there were numerous problems in the Unit 3 Ikata nuclear power plant in the periodic inspection , held talks with the prefectural government.

Governor Nakamura communicated to President Nagai that he would conditionally accept the resumption of the suspended periodic inspection. President Nagai agreed that he will “seriously work hard”. After the meeting, President Nagai told reporters, “We will restart from the one that is ready”. Ikata Unit 3 had four problems, such as accidentally pulling out the control rod from January 6 to 25.