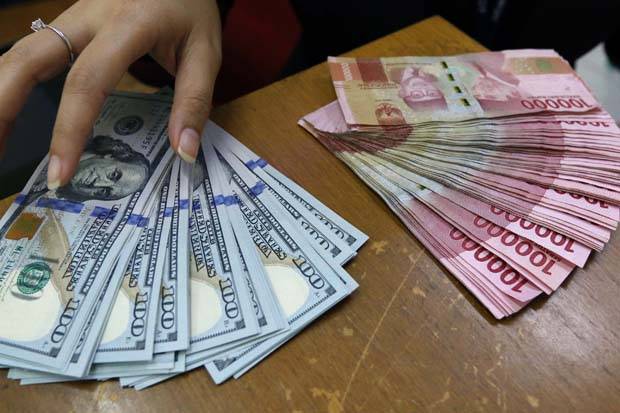 On Friday's foreign exchange (forex) spot market opening, the Indonesian Rupiah (IDR) is seen at Rp14,019 against the U.S Dollar (USD). The rate weakened by 0.04 compared to the rate on Thursday's closing at Rp14,015/USD.

This morning, the majority of the currencies of Asian countries also followed suit. The New Taiwan Dollar (TWD) weakened by 0.02 percent, S. Korean Won (KRW) by 0.41 percent, the Philippines Peso (PHP) by 0.02 percent, Indian Rupee (INR) by 0.07 percent, and Malaysian Ringgit (MYR) by 0.34 percent. On the other hand, some currencies strengthened instead. Reportedly, the Japanese Yen (JPY) by 0.06 percent, the Singaporean Dollar (SGD) by 0.04 percent, and the Chinese Yuan (RMB) by 0.04 percent. Meanwhile, Thai Baht remains the same.

Indonesian forex analyst and Head of Research at Monex Investindo, Ariston Tjendra, projected that IDR may get another blow by the USD, as the prospect of economic recovery is ringing following the release of the U.S' economic data.

Nonetheless, the high market's interest in risk assets because of the U.S stimulus prospect is seen as a solution to the IDR's weakening. Moreover, the release of data of Indonesia's Q4 GDP today might be another help for IDR. If the data is better than analysts' expectation, that is -2.00 percent YoY, then IDR might be strengthening by the closing time. Today, the IDR is expected to move around Rp13,980 - Rp14,050/USD.