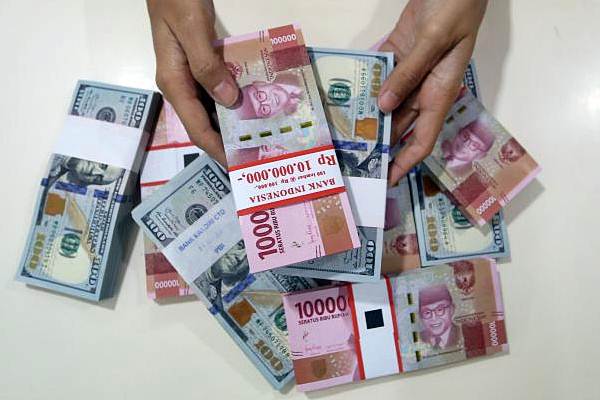 On Tuesday's foreign exchange (forex) spot market opening, Indonesian Rupiah (IDR) was seen at Rp14,147 against the U.S Dollar (USD). The rate went up by 0.05 percent, compared to Monday's closing rate at Rp14,155/USD.

Today, the majority of Asian currencies showed their might against the USD. Reportedly, the Thai Baht (THB) strengthened by 0.25 percent, S. Korean Won (KRW) by 0.21 percent, the Japanese Yen (JPY) by 0.08 percent, the Philippines Peso (PHP) by 0.06 percent, Singaporean Dollar (SGD) by 0.04 percent, Hong Kong Dollar (HKD) by 0,03 percent, and Chinese Yuan (RMB) by 0.02 percent. Only the Malaysian Ringgit (MYR) weakened against the USD by 0.11 percent.

Indonesian forex analyst and Head of Research at Monex Investindo, Ariston Tjendra, stated that IDR is likely to move around Rp14,100 - Rp14,200/USD for today because of the positive sentiments from the new fiscal stimulus by the U.S President, Donald Trump. The stimulus also increased from US$600 to US$2,000 for cash transfer (BLT). Therefore, the USD index is buffetted.