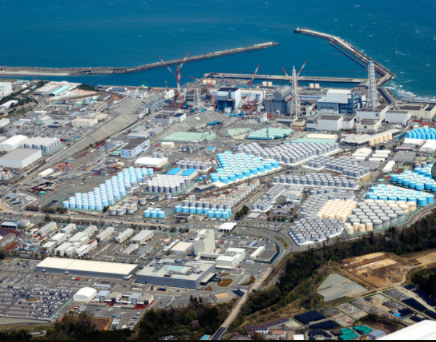 It was found that the government is making final adjustments in the direction of releasing contaminated water that has been processed on the site of TEPCO's Fukushima Daiichi nuclear power plant to the sea. The government plans to hold a cabinet meeting within the month as soon as possible to make a formal decision. The water of the tank is secondaryly processed and thinned with seawater, and the concentration of radioactive material is sufficiently lower than the emission standard of the law before flowing. It takes about two years to prepare. There are concerns about reputational damage, and measures will be discussed with Fukushima Prefecture and other prefectures.

Contaminated water is generated by mixing groundwater that has flowed into the reactor building into the water that cooled down the melted nuclear fuel at Fukushima Daiichi Nuclear Power Plant. It is still increasing by about 140 tons a day. TEPCO has already accumulated about 1.2 million tons because it is processed with a multinucle nucleation facility (ALPS) and stored in a tank. TEPCO's current plan to expand the tank is expected to fill up around the summer of 2022. It is said that it will take about two years to complete the construction of the equipment necessary for disposal and the examination by the Nuclear Regulatory Commission, and the deadline for judgment was expected around this summer. As for the disposal method, a subcommittee of the Ministry of Economy, Trade and Industry, which is made up of experts, made the release into the sea or the atmosphere a "realistic option" in February this year, and put together a proposal to make it possible to "certainly implement" ocean release. Since April, the government has heard opinions from local governments, agriculture, forestry and fisheries companies, economic organizations, and other stakeholders seven times. He repeated that the government would take responsibility and draw early conclusions.

Meanwhile, fishermen concerned about reputational damage are strongly opposed to ocean release. The National Federation of Fisheries Cooperatives (All Fishing Federations) resolved in June that it was "absolutely against the release that does not gain the public's understanding," and on the 15th of this month, Chairman Hiroshi Kishi communicated his direct opposition to Hiroshi Sasayama, Minister of Economy, Trade and Industry.

When released into the sea, the processed contaminated water that gathers in the tank is processed again with ALPS, lowering the concentration of radioactive substances other than tritium to be below the reference value of the law that may be released into the environment (notification concentration). On top of that tritium is also thinned with seawater so as to be sufficiently lower than the notification concentration. Even after the release, monitoring surveys will monitor the impact on the sea and release information.In hearing opinions from stakeholders, it was pointed out that the compensation policy for reputational damage was insufficient, and that there was also a lack of accurate information dissemination to gain domestic and international understanding. The government is considering continuing discussions on countermeasures, including the development of consultation bodies with Fukushima Prefecture and local fishermen.