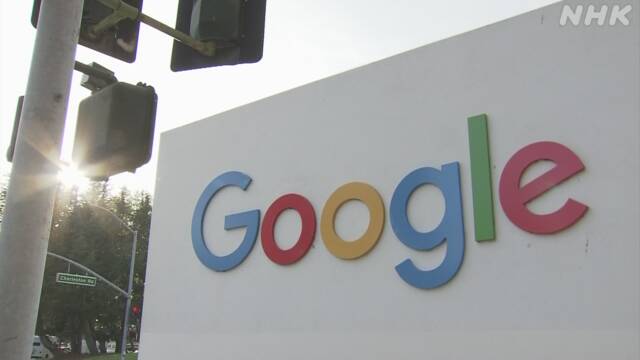 Google sued for monopolizing the smartphone app market in 36 US states and other countries.

On April 7, the judicial authorities of 36 U.S. states and Washington, the capital of the United States, filed a lawsuit against the U.S. IT giant Google for allegedly monopolizing the smartphone application market and hindering free competition, in violation of the Antitrust Act, Japan's antitrust law. Google has responded by saying that it is more open than other systems.

The judicial authorities of 36 U.S. states, including Utah, and the U.S. capital of Washington, D.C., filed a lawsuit against Google in the U.S. District Court on April 7 on suspicion of violating antitrust laws.

According to the complaint, the distribution of Google's applications for Android, the basic software for smartphones, is virtually monopolized by Google Play, which is provided by the company, and a fee of up to 30% is causing damage to consumers and application developers.

It also demanded that Google return the unjustified profits, claiming that it is hindering free competition.

In response, Google said in a statement, "If you can't find the app you're looking for on Google Play, you can download it directly from other companies' or app developers' websites. It is more open than other mechanisms and offers more choices to app developers.

In the U.S., there have been a series of lawsuits against giant IT companies by the authorities on suspicion of violating antitrust laws.

This is the fourth time that Google has been sued, claiming that it is using its monopoly position in the fields of Internet search and advertising.