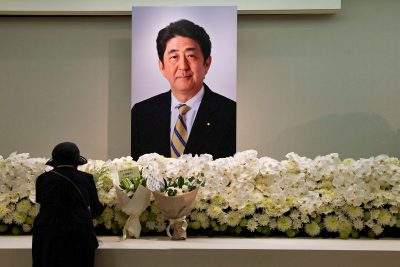 The government has entered into final adjustments to hold a “state funeral” of former Prime Minister Abe, who died after being shot by a gun during a support speech for the Upper House election, at the Nippon Budokan in Tokyo on September 27th.

Prime Minister Kishida has announced that he will hold a funeral for former Prime Minister Abe at a "state funeral" in the fall, saying that he has taken on the heavy responsibility of the Prime Minister for the longest period in history and has made great achievements in domestic affairs and diplomacy.

Regarding Mr. Abe's "state funeral," the government has entered into final adjustments to be held at the Nippon Budokan in Chiyoda, Tokyo on September 27, taking into account the intentions of the bereaved family and the diplomatic schedule.

The government will soon decide the date of the "state funeral" after coordinating with the ruling party.

The government plans to carefully explain the significance of conducting a "state funeral" to the people, taking into account the voices of opposition and concerns about Mr. Abe's "state funeral”.