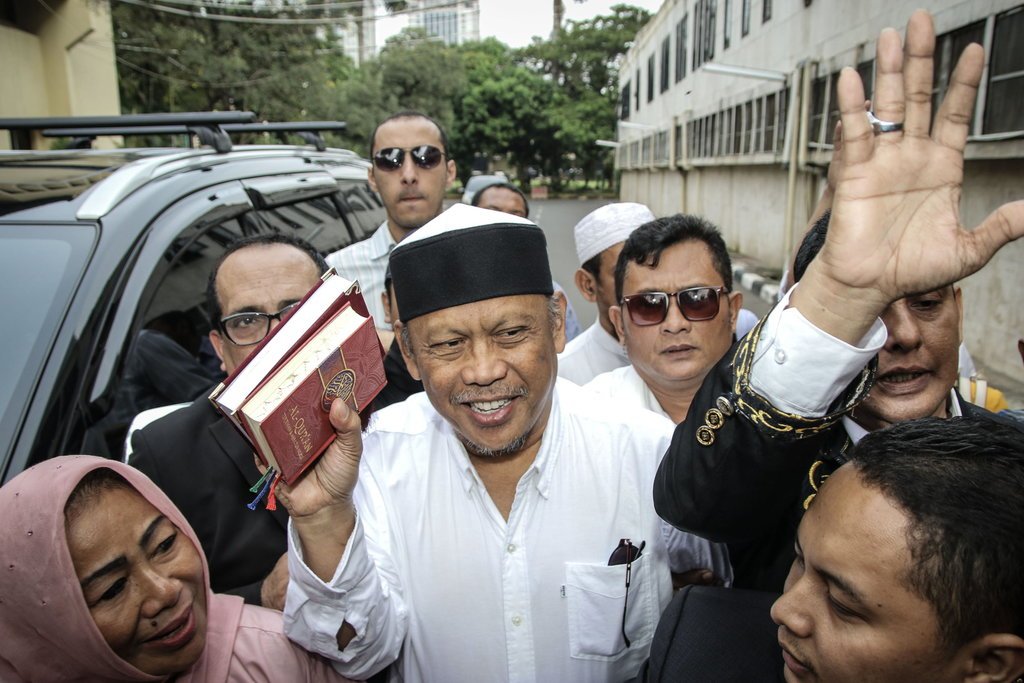 Unwilling, Eggi Sudjana was summoned to questioning by the police for alleged treason. (Image via Tirto)

Eggy Sudjana to be questioned for treason

An Indonesian political activist, Eggi Sudjana, is scheduled to be questioned by the General Crimes Directorate (Ditreskrimum) of the Metro Jaya Regional Police (Polda Metro Jaya) on the upcoming Thursday, 3 December 2020 at 10 a.m. Eggi's questioning is according to the summons signed by the Ditreskrimum's Director, Sr. Comr. Tubagus Ade Hidayat. Eggi will be questioned by investigators of the Ditreskrimum's State Security (Kamneg) Sub-Directorate.

Eggi has been determined as a suspect of alleged treason since last year. The case began with Eggi's "people power" oration in front of the residence of the current Security Minister, Prabowo Subianto. At that time, Prabowo was a presidential candidate against the current President of Indonesia, Joko Widodo (Jokowi). Acting as Prabowo's lawyer, Eggi called for people power to fight against "dishonesties" during the 2019 General Presidential Election. Moreover, he also urged the people to ignore formal phases and emphasized that it should have been up to the people. Eggi's oration was recorded and went viral.

Having been determined as a suspect, Eggi was detained. Not long after, a politician of the Great Indonesia Movement (Gerindra) Party and also a member of Commission III of the People's Representative Council (DPR), Sufmi Dasco Ahmad, bailed Eggi out. Previously, Eggi also had submitted investigation termination warrants (SP3) on the case.