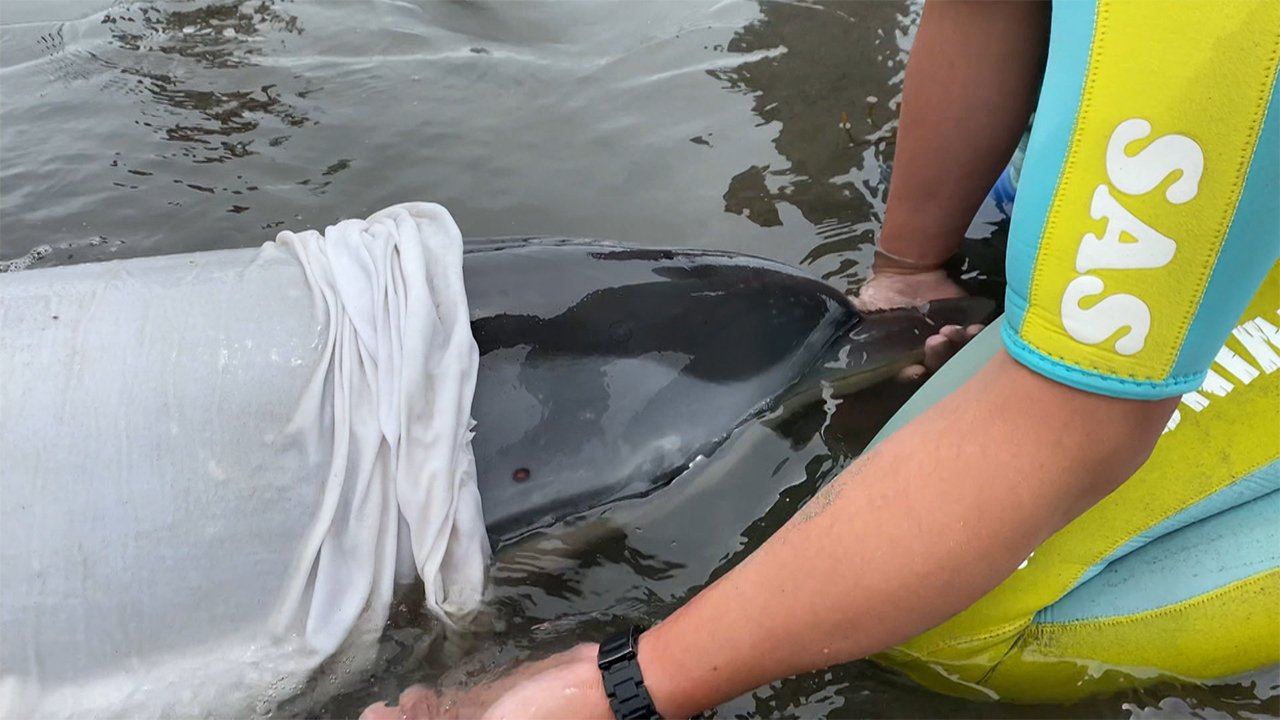 Enoshima is a small offshore island, about 4 km in circumference, at the mouth of the Katase River which flows into the Sagami Bay of Kanagawa Prefecture, Japan. Administratively, Enoshima is part of the mainland city of Fujisawa, and is linked to the Katase section of that city by a 600-metre-long (2,000 ft) bridge.

On the morning of the 9th, a female striped dolphin about 220 cm long was there on the sandy beach of Enoshima, Kanagawa. because it was stranded, the dolphin was finally given help by aquarium staff. A dolphin wrapped in something like a towel and sprinkled with seawater, with this way to keep the dolphin feeling safe.

The veterinarian at the Enoshima Aquarium and the staff of the dolphin show were in charge of the dolphin rescue work. Several hours after the rescue started, he decided to return the dolphins to the sea. Because the dolphins already looks fine than before when stranded at the sandy beach of Enoshima.