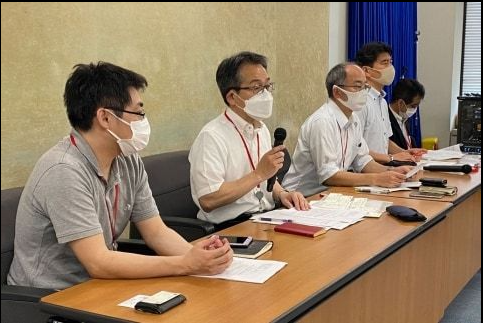 The executive committee of "Take a Call to Protect Your Life and Life by Overcoming Corona Disasters" created by NPOs and lawyers held a conference in Tokyo on June 17 and announced the results of the telephone consultation held on the 6th. A total of 1217 consultations were received from all over the country, and it was said that they would be dismissed because of the arrival of the second wave of Corona, and that in June they were encouraged to retire because they could not pay their salaries. It has almost doubled since the mid-term telephone conference.

The executive committee has submitted a request form to the Ministry of Health, Labor and Welfare to request measures such as continuous cash payments for those who are in need due to the new coronavirus. Attorney Tetsuro Kokubo said, "Although the number of cases has decreased, the content of consultation has become more serious”.  58% of all consultations from people with monthly income of 100,000 yen or less

This time, the number of consultations from part-time workers has more than doubled compared to the last time. There were many consultations that neither regular employees nor non-regular employees could be dismissed, stopped hiring, or paid leave allowance. 58% of the consultations came from people with monthly income of 100,000 yen or less, highlighting the serious situation.

Satoshi Nakano of the Zenroren said, “At the telephone counseling held on April 18th and 19th, there were many consultations about the benefit system such as sustainable benefits and leave benefits. The number of consultations from people has increased”. Above all, consultations from older workers were on the rise. Mr. Tadashi Inomata says, "It is time to use welfare right now." However, some of the consultants showed an aversion to "I do not want to use welfare" and "I can't think because I can't let go of my car".