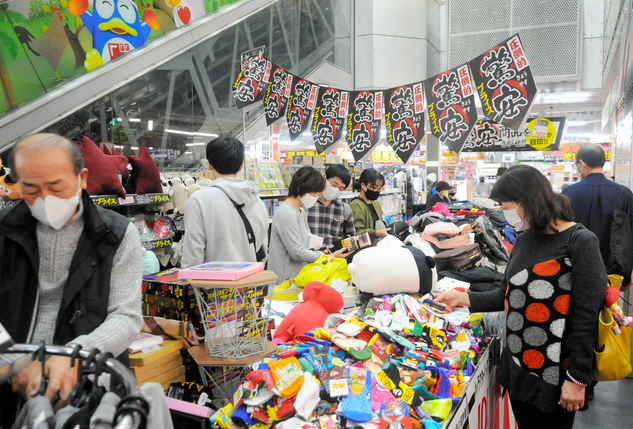 In the consumer price index (seasonally adjusted) for October released by the Ministry of Internal Affairs and Communications, the index excluding fresh food was 101.3, 0.7% lower than the same month of the previous year. The rate of decline is the largest in 9 years and 7 months since it fell 0.7% in March 2011, when the Great East Japan Earthquake struck. The government's tourism support measure "Go-To Travel" discounted accommodation charges and the fall in energy prices due to the spread of the new coronavirus infection had a major impact.

The year-on-year decline was for 3 consecutive months. Accommodation charges in October, when Tokyo was added to the "Go-To" category, fell 37.1% from the same month last year. According to the Ministry of Internal Affairs and Communications, 33.7% of that was affected by "Go-To". According to a trial calculation excluding this effect, the rate of decline in the comprehensive index excluding fresh food is 0.2%.

In addition, the stagnation of economic activity due to corona, such as a 4.7% drop in electricity bills, pushed down energy prices. One year has passed since the consumption tax hike in October, and the effect of the price increase due to the tax hike has disappeared, which has widened the rate of decline. According to the Ministry of Internal Affairs and Communications, "'Go-To' and energy prices can almost explain the fall in October. It is necessary to carefully watch whether it is deflation or not."