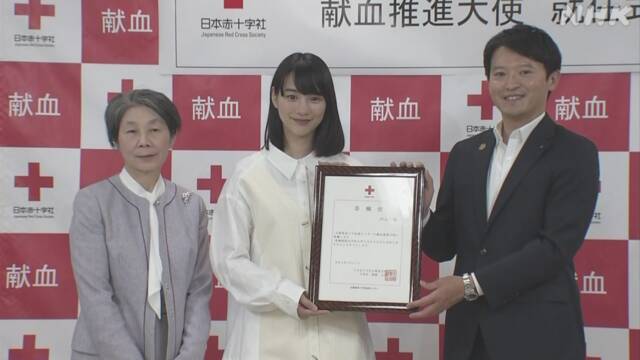 It was decided that Non-san, an actor from Hyogo prefecture, would become the blood donation promotion ambassador of the Hyogo Prefectural Red Cross Blood Center, which calls on the younger generation to donate blood, and the inauguration ceremony was held at the Hyogo Prefectural Office on the 23rd.

The Prefectural Red Cross Blood Center will produce posters and videos featuring Non-san to strengthen the appeal to the younger generation.