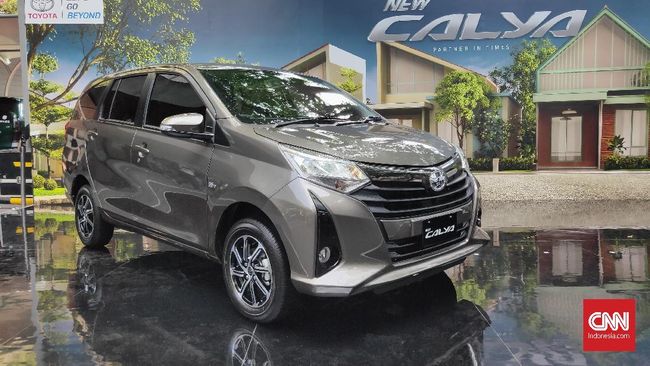 Toyota Calya, one of the fast selling car from Toyota

Toyota Astra Motor (TAM) ensures that Toyota car sales are not disrupted even though the Daihatsu factory in Indonesia does not produce new cars for domestic needs for two months, namely May and June. Toyota Astra Motor (TAM) Marketing Director Anton Jimmi said Toyota car sales could still be done using the remaining stock units. He said the unit stock was sufficient to meet the needs during the Covid-19 pandemic, at least until the end of July.

Daihatsu is a manufacturer that has a factory with the largest production capacity in Indonesia, reaching more than 500 thousand units per year. There are five Daihatsu factories deployed in Jakarta and West Java, namely the Sunter Assembly Plant, Sunter Press Plant, Karawang Casting Plant, Karawang Engine Plant and Karawang Assembly Plant.

A number of Toyota's roaster cars currently produced at the Daihatsu Indonesia factory are Avanza, Calya, Agya, and Rush. Daihatsu production has stopped since April 10 and reopened on June 3. Nevertheless Astra Marketing Director Daihatsu Motor Amelia Tjandra said production in June was only carried out to meet the export needs of Daihatsu and Toyota brands.

According to Amelia, the company stopped producing cars for the domestic market because the people's purchasing power is currently weakening and keeping vehicle stock from overflowing in the sales network. Toyota's sales in the country have declined since April, the impact of the pandemic. In April wholesales only reached 2,056 units and in May it fell again to 695 units, whereas before the pandemic Toyota cars sold above 23 thousand units per month.