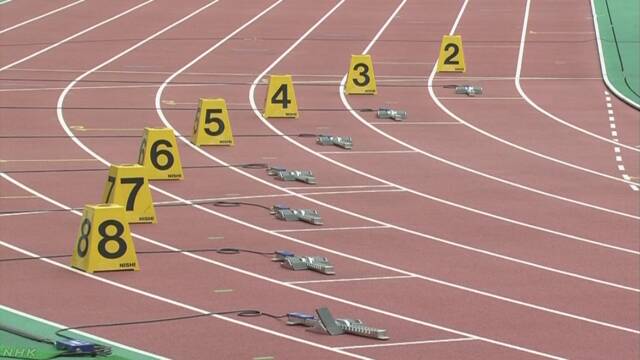 field track, one of the categories of sport competition that being cancelled (image via tellerreport)

With the spread of the New Coronavirus infection in Japan and to limit the virus to spread further, several actions being applied by the government. One of them is the limitation on the sport competitions such as nationwide highschool competition being canceled one after another.

Following the cancelation of the nationwide high school sports competition, Scheduled for Summer such as in Aichi Prefecture, that the national middle school physical education competition also canceled.

Chairman Toyohiko Kawagoe of Nakatairen said, "The tournament is a culmination tournament for junior high school athletes, which is a dream stage comparable to the Olympics and can be one of the best memories for third graders." We have made a tough decision to protect the lives and safety of everyone involved, including players, coaches/coaches, and tournament officials, including the situation where qualifying cannot be held in each district. ”

Female student in the 3rd year of Junior Highschool (Athletics 1500m – 3rd place in Osaka all grade last year) said “Even I hate corona, it changes nothing. I just want to do my best to the next match”

An adviser of the track and field club said, “It is a pity that the tournament is also a place to make achievements for students who want to go on to recommendation”.