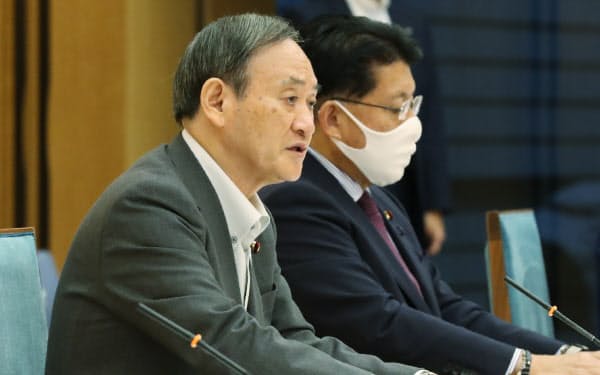 On the 23rd, the government held a ministerial meeting on the Kan administration's signboard policy and digital reform at the Prime Minister's Office. Prime Minister Yoshihide Suga has instructed that the basic policy for the establishment of the "Digital Agency", which will drive the digitization of the administration, be put together by the end of this year. He also stated that he would submit the relevant bills necessary for the ordinary Diet session to be convened in January 2021.

The Prime Minister said about the Digital Agency, "It is necessary to bring together highly qualified personnel, both public and private, to become an organization that leads the digitization of society as a whole." "I would like to accelerate the examination for that purpose, set a basic policy at the end of the year, and submit the necessary bill to the next ordinary session of the Diet," he said.

After the meeting, Mr. Hirai told reporters that he would set up an installation preparation room within the month. Gather 40 to 50 people from related ministries such as the Cabinet Secretariat, Ministry of Internal Affairs and Communications, and Ministry of Economy, Trade and Industry. Mr. Hirai emphasized that the Digital Agency should be established by the end of next year.

The Digital Agency will centralize the related organizations in each ministry and have a powerful command tower function. Respond to the slow administrative procedures and lack of cooperation exposed by the new coronavirus. It was pointed out that the cash benefit of 100,000 yen per person was one of the reasons why the local government took time to confirm the transfer account and the benefit was delayed.

Regarding the legislation of the Digital Agency, there is a plan to revise and establish the Cabinet Office Establishment Law. In order to function as a command tower with strong authority, we will avoid side by side with other ministries and consider enacting a new law under the direct control of the prime minister.

The prime minister has stated that he plans to completely revise the IT Basic Law, which indicates the basic policy of the government's overall IT (information technology) policy. Strengthen the position of the Cabinet Information and Communication Policy Supervisor (Government CIO), who is the head of the government's IT strategy. This will be the first drastic review of the law since the enactment in 2000.