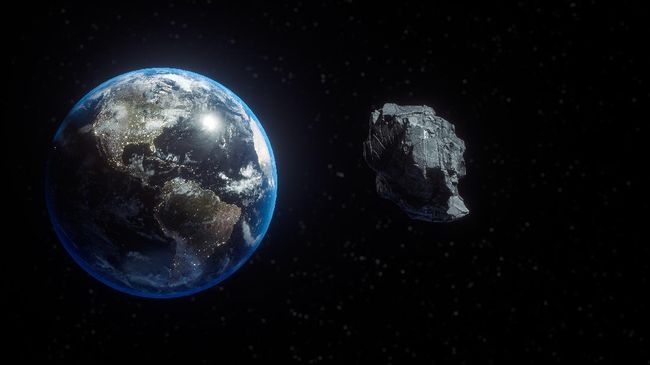 Asteroid a Size of Skyscraper Passed By, The Earth Is Safe

Jakarta, CNN Indonesia – An asteroid four time the size of the Empire State Building, the third tallest skyscraper in New York, USA, passes near Earth. However, there was no threat whatsoever from the celestial body.

Quoted from Live Science, a 1.6 kilometer wide asteroid, known as asteroid 7335 (1989 JA), passed Earth on Friday (May 27) at a distance of about 10 times the distance between Earth and the moon.

For information, the distance from Earth to the Moon is 384,400 kilometers. Asteroid 7335 is also the largest to ever pass Earth in 2022.

At its closest distance, the asteroid is 2.5 million miles or 4 million kilometers from Earth, and poses no threat to Earth despite its massive size at 1.1 miles or 1.8 kilometers wide.

Quoted from Space, this asteroid is one of at least 29,000 near-Earth objects (NEOs) that NASA tracks every year. NEO refers to any astronomical object that passes within about 30 million miles (48 million km) of Earth's orbit.

Asteroid 7335 (1989 JA) also belongs to a class of asteroids called Apollo. There are about 15 thousand this kind of asteroids.

Although harmless, asteroid 7335 is technically classified as a ‘potentially hazardous asteroid’ meaning there is a safety there to our planet, when the asteroid passes.

Although still in the prediction stage, the threat of asteroids remains to be watched out for. A number of science fiction work also present a picture of the danger, such as Deep Impact and Armageddon.

Meanwhile, space agencies and telescopes around the world keep an eye on space rocks, including the US Space Agency’s Office of Planetary Defense Coordination, NASA.

NASA has found no immediate threat to worry about in the next 100 years, although the agency continues to monitor the sky to monitor the movement of celestial bodies that threaten Earth.