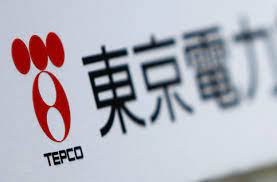 While fuel prices remain high due to the invasion of Ukraine, the 10 major electric power companies have completed their financial results from April to June this year, and the increase in fuel costs used for thermal power generation could not be passed on to electricity rates. As a result, 7 out of 10 companies ended up in the red.

Due to the impact of Russia's military invasion of Ukraine, procurement costs for LNG and coal used for thermal power generation increased, and depending on the contract, it was not possible to fully pass on the increase in fuel costs to electricity prices.

According to the rate plans set by each company with the approval of the government, 9 of the 10 companies other than Chubu Electric Power Co. have reached the upper limit where the increase in fuel costs can be passed on to electricity charges, which is an unusual situation.

On the other hand, some companies are reviewing plans that allow them to set their own rates so that they can pass on the increase in fuel costs.

At a press conference, Executive Vice President Hiroyuki Yamaguchi of Tokyo Electric Power Company Holdings said, "The business situation is very difficult. If fuel prices continue to rise in the future, we can expect a further deterioration in earnings and we have a great sense of crisis. We will consider further enhancing support for saving electricity, which will lead to a reduction in electricity bills.”