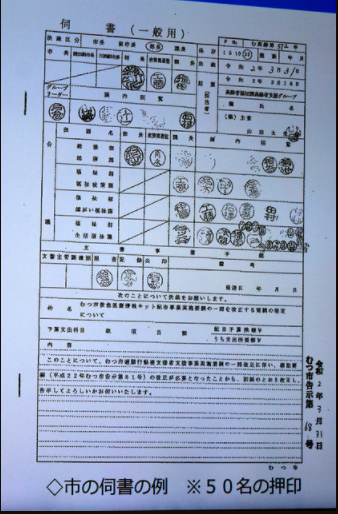 Aomori and Moutsu City to abolish

In response to Minister Taro Kono's request to ministries and agencies to abolish the hanko, Mutsu City, Aomori Prefecture, is also working on "Hankores." Mayor Soichiro Miyashita made the announcement at a regular press conference on the day.

It will be washed out by the end of this month how many related documents there are, and the seal will be abolished sequentially from April 2021. It is said that the policy is to abolish all seals except for documents that the government and prefectures are seeking, and we will consider how to proceed with the abolition within the fiscal year without any cost.

The city exemplified an internal document with a seal of as many as 50 people below the manager. It was approved on March 31 this year, and since it became necessary to revise the outline in line with the change of terminology, it was shown as an example of ine effective in the document asking "May I revise and announce it as shown in the separate paper?"