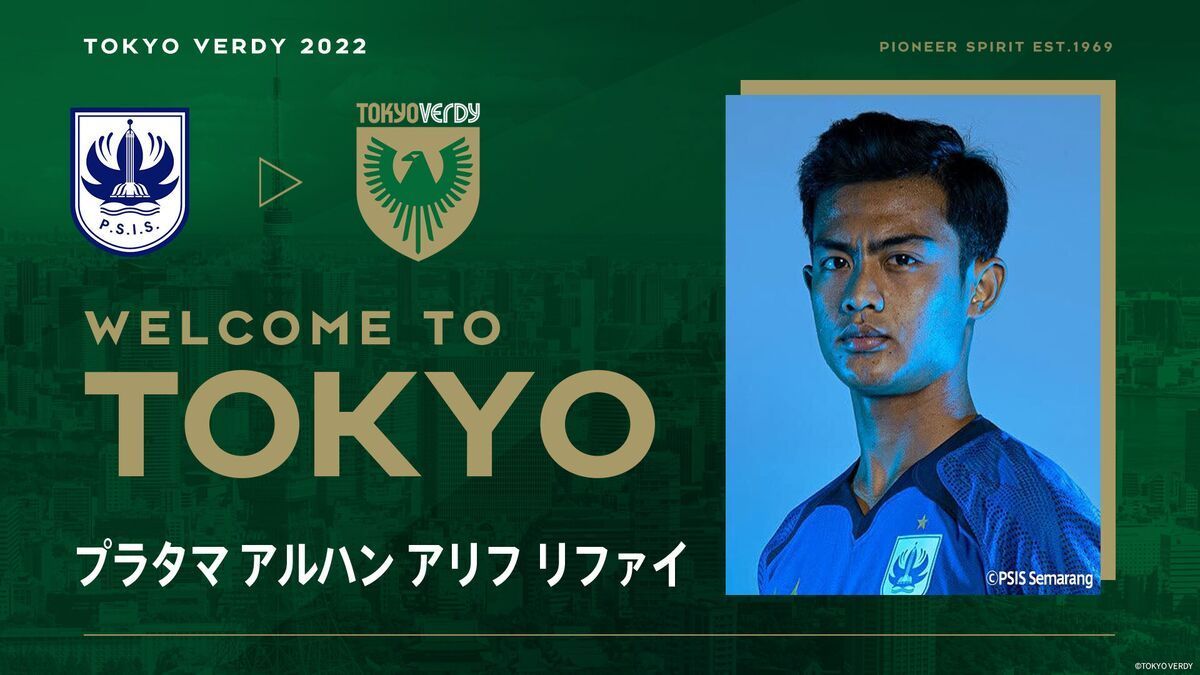 Indonesian star, Pratama Arhan, who was recruited by Tokyo Verdy of soccer J2, attended the press conference on March 25th and said, “I want to do my best to contribute as much as I can.”

Pratama Arhan, a new member of Tokyo Verdy, is a 20 years old defender representing Indonesia and is known as a star player in Indonesia.

On March 25th, at the suggestion of the Indonesian Embassy, ​​a press conference was held at the Ambassador's residence in Tokyo, and Ambassador Heri Akhmadi was present.

"I'm really happy to be able to join a prestigious club. I thought that playing in the strong J-League would help me. I want to do my best to contribute to the team aiming for the return of J1." Arhan said with enthusiasm.

President Noriaki Nakamura of Verdy said, “Communication with younger generations is expanding with addition of Arhan. We would like to strengthen cooperation with Indonesian companies on only in soccer field but also in business”.