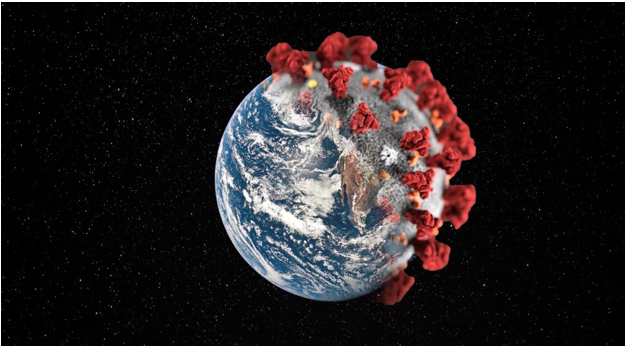 Many people think viruses are human enemies. Ada many viruses are causing millions of humans to die of infection. Call it influenza epidemic 1918, Black Death or other.

However, apparently humans can not live without the presence of viruses in the world. What if all the viruses on this earth are lost?

"If all the viruses suddenly disappear, the world will be a beautiful place for about a day and a half, and then we're all going to die – that's the point," said epidemiologist at the University of Wisconsin-Madison, Tony Goldberg as quoted BBC, thursday (18/6).

A viral expert at the National Autonomous University of Mexico, Susana Lopez Charretón said most viruses are not pathogenic for humans. Many viruses play an integral role in supporting ecosystems. Others, able to maintain the health of individual organisms, ranging from fungi and plants to insects and humans.

"We live in perfect balance. And the virus is part of it, I think we will ' finish ' if there is no virus, "he said.

Not only that, based on viral research so far is also known to be able to kill about 20 percent of all microbes in the ocean. It includes about 50 percent of all sea bacteria, every day.

By destroying microbes, the virus ensures that the oxygen-producing plankton has enough nutrients to perform a high degree of photosynthesis, which ultimately retains much of life on Earth.

Further, believing or not viruses can protect human existence. Because, certain benign viral infections can help ward off some pathogens among humans.

Call it GB C Virus, a blood-birth human virus that is generally a distant relative of a non-pathogenic West Nile virus and dengue fever, is associated with a delay of development into AIDS in HIV-positive people. Scientists have also found that C GB virus, could make the infected person Ebola less likely to die.

Likewise, herpes can at least make rats less susceptible to certain bacterial infections, including PES and Listeria (a common type of food poisoning).

"We need viruses for a series of research and technological development efforts that will take us to the next generation of therapy," Goldberg said.